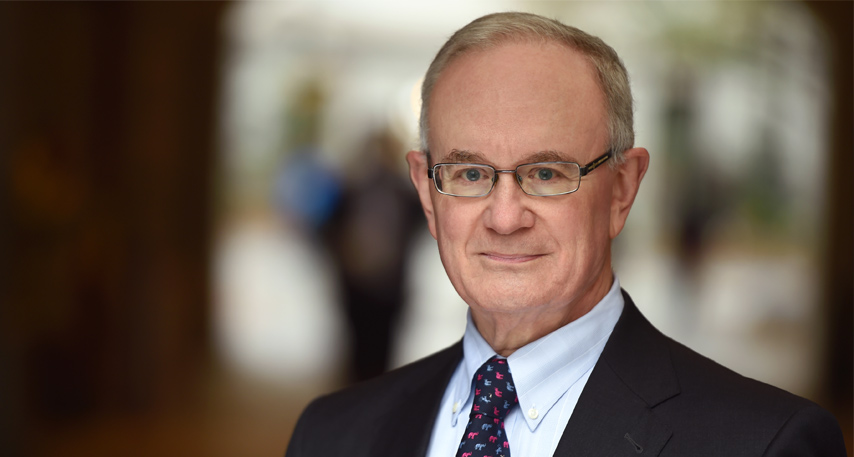 Arthur Fergenson has nearly 45 years of experience in the law.  With skills honed by clerkships in the United States District Court for the Southern District of New York and in the Supreme Court of the United States for then, Chief Justice Warren E. Burger, Mr. Fergenson focuses his practice on appeals, major motions and applications for extraordinary relief.  He also counsels businesses on a variety of topics and lectures widely.

Mr. Fergenson graduated from Dartmouth College summa cum laude, and as a junior year Phi Beta Kappa electee.  After receiving his J.D. from Yale Law School, he served as law clerk to the Honorable Thomas P. Griesa, United States District Judge for the Southern District of New York.  After clerking for Chief Justice Burger, Mr. Fergenson joined Covington & Burling in Washington, D.C.  While at Covington, he was part of the small team that challenged the constitutionality of federal campaign legislation resulting in the landmark decision that invalidated key provisions limiting free speech rights.  Mr. Fergenson also taught corporate law, federal jurisdiction, and intellectual property at Indiana University Law School at Bloomington and University of Maryland School of Law at Baltimore.  He served as General Counsel of the ACTION Agency.

Mr. Fergenson is a former federal prosecutor and was responsible for civil forfeitures and the prosecution of other offenses, including a violation of the Arms Export Control Act involving Iran.  As a Special Assistant U.S. Attorney, Mr. Fergenson handled the appeals that followed from the cases he prosecuted.

Mr. Fergenson re-entered private practice in 1985, and joined Ansa Assuncao, LLP after practicing at Weinberg and Green (now Saul Ewing), Ballard Spahr Andrews & Ingersoll, and DLA Piper, where he was co-head of its appellate practice.  During this period, he litigated complex civil cases, large and small, throughout the country.  He represented major stakeholders in two of the three largest life insurance insolvencies in our country’s history: Executive Life (litigated in California state court) and Confederation Life (in Michigan state court).  See, e.g., Texas Commerce Bank v. Garamendi, 11 Cal. App. 4th 460 (Ct. App., 2d Dist. 1992); Commercial Nat’l Bank v. Superior Court, 14 Cal. App. 4th 393 (Ct. App., 2d Dist. 1993).
In January 2011, Mr. Fergenson successfully argued J. McIntyre Machinery v. Nicastro, No. 09-1343, before the United States Supreme Court.  The case concerned a fundamental constitutional due process issue of major consequence to businesses:  what are sufficient contacts with a state that would permit foreign business to be sued in its courts?  The Supreme Court had not addressed this issue for nearly a quarter century before taking this case on the petition filed by Mr. Fergenson and members of the Ansa Assuncao team.  The Supreme Court held, six to three, that it was unconstitutional to force our client to defend a product liability tort action in New Jersey when the client had taken no action in that state and directed no activity toward that state.

Mr. Fergenson also represented a major international company in a series of cases to protect its contract rights after the dot.com collapse.  In one such case before a federal jury in New York, Mr. Fergenson pierced the corporate veil to hold an investment advisor liable for the wrongdoing of a portfolio company of the fund that the advisor ran.  Mr. Fergenson defended the judgment successfully in the Second Circuit, domesticated the verdict in the investment adviser’s home state and pursued the judgment debtor through bankruptcy to an ultimate recovery.

Mr. Fergenson is rated AV Preeminent by Martindale-Hubbell, and he recently celebrated his 25th anniversary as an AV-rated attorney.  He was named a Maryland Super Lawyer for 2007, 2012, and 2017.

St. Andrews Society of Baltimore, Member (open to all of Scot ancestry) (2015 to present)